Can you tell us something about Ampelmann?

The Netherlands has a long-standing tradition and reputation when it comes to water. Be it engineering our way out of swamps and tides, exploring or doing business on and overseas. Ampelmann falls in the category of a Dutch company that runs its business at sea. It is a company providing motion compensated access services offshore. Its main products are motion compensated gangways to transfer people from ship to ship or other offshore structure, such as windmills and platforms.

​Why did Appelmann choose to open an office in Texas?

Ampelmann has been providing services mainly to the offshore Energy industry since its founding in 2008, as a spin-off from Delft Technical University. Since then, Ampelmann has become global market leader in offshore access. As Houston is the self-proclaimed Energy Capital of the World, it made sense for Ampelmann to set foot in this city. From 2013 on I have been flying back and forth to develop business in the area, until there was enough clout to found an entity and office as Ampelmann USA Corp. Thomas Massink, Business Development Manager Americas at Ampelmann, opens u about this Delft headquartered company. Since Spring 2015, Ampelmann is also located in Houston, Texas. Subsequently my wife and I moved to Houston in September 2015. From here we run the business of both North and South America. Since then we have expanded our fleet from one to eight systems, we moved to bigger offices twice and hired three Americans and brought a second Dutchie Trans-Atlantic.

​What kind of advice can you give to Dutch entrepreneurs who want to do business in Texas?

It took a while to meet the challenges of American bureaucracy to get it all done, but hey, if there’s no challenge, there’s no fun.

The current challenge is the down-turn in the Energy industry, which requires service companies like ours to be flexible, creative and to maintain a good personal relationship with our clients. Being the fourth largest city in the US, Houston offers more than enough to facilitate this. Be it dining, sports, entertainment or nature, there is plenty to choose from in ad around the city. The advantage of doing business in the USA is that there is a serious can-do attitude and ambition is wholeheartedly encouraged and rewarded.

This holds even more so in a state like Texas that holds freedom of entrepreneurship in high regard. The no-zoning laws are a good example, should you be into real estate. The all too cliché of the American Dream is preached and practiced in Texas.

If you want to know more about Ampelmann
Visit their website 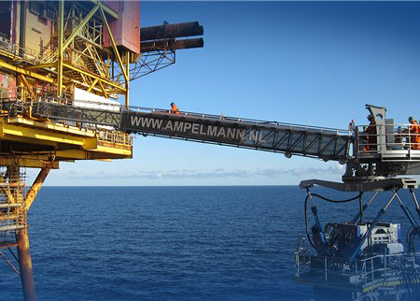