Texas more than Oil and Gas 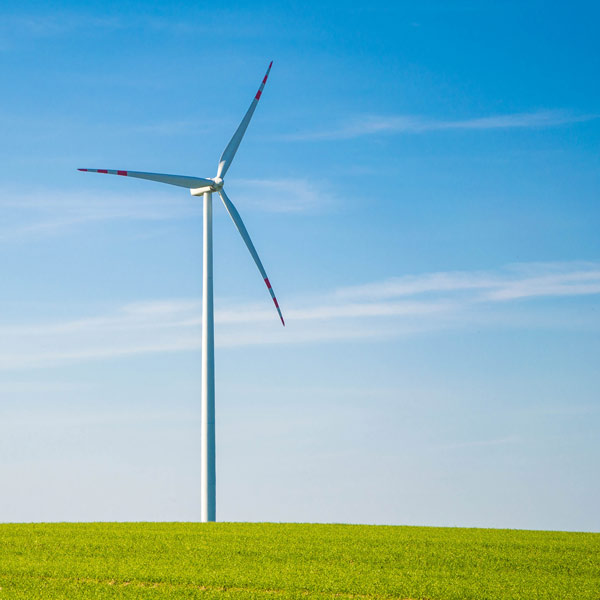 Since the discovery of the Spindletop oilfield in 1901, Texas has embodied the production of energy. The Energy cluster is made up of three sub-clusters:

Nowadays Texas is home to over 50 energy-related companies on the Fortune 1000 list. More than 4.650 energy and energy-transition related firms are located within the Houston Metropolitan area.

Next to the fact that Texas is the nation’s biggest producer of crude oil, Texas is also #1 in total energy production, biodiesel production capacity and solar energy potential. Hydrogen production and offshore wind energy are the next promising domains in the energy transition business.

Texas leads the US in installed wind capacity ranking #2 nationally for employment in the renewable energy industry. Texas harnesses the most wind energy in the nation at 16,000 MW, two of the largest wind farms in the western hemisphere call the state home. Two major offshore wind parks are planned to be built in the Mexican Gulf near the Galveston shoreline within the next decade. The Port of Houston and the Port of Corpus Christi aim to become the main Hydrogen Hubs of the USA (gradually transforming to Green Hydrogen), with important infrastructure that can be adapted for the cause already in place.

A big advantage of Texas is the fact that they are the only state with an independent power grid, causing Texas’ electrical transmissions and new energy development to be free of federal regulation. However, exactly this same fact also caused a major disaster in spring 2020, when the so-called ‘Big Freeze’ caused a major power crisis in Texas, which came about during three severe winter storms sweeping across the United States. The storms triggered the worst energy infrastructure failure in Texas state history, leading to shortages of water, food, and heat. More than 4.5 million homes and businesses were left without power for several days. Working on solutions for adapting and upgrading the outdated infrastructure, creates multiple opportunities for Dutch technology and industry.

Traditionally, Texas is known for its lucrative oil & gas industry with the oil derricks on almost every image of Texas. And not without reason; with 32 energy-related companies on the Fortune 500 list, over 2.5 million oil and gas related jobs supported state-wide (with almost 200.000 workers in upstream jobs) and Houston being the ‘Energy Capital of the World’ with more than 5.000 energy related firms, Texas still is one of the largest petrochemical cluster in the world.

Chemical companies supply products that are used to make pharmaceuticals, computers, transportation, infrastructure and other everyday items. More than 50 percent of the total U.S. chemical production is produced and processed by Texas chemical manufacturers. Key players in these industries can be found all over the state with ExxonMobil having a headquarters in Irving and their ExxonMobil Chemical having a headquarters in Spring. You can also find major operations of Valero, Western Refining, Dow, Eastman, and Westlake Chemical. 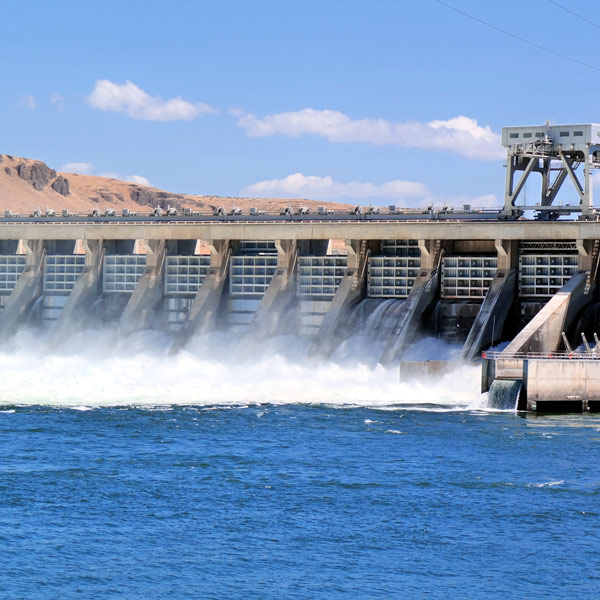 Water, and its alignment with resilience, sustainability and smart-cities projects – has begun to attract financing for retrofits, new construction, and unique project delivery where public finance may not be available or there are gaps in funding. And the Biden Administration policies and investments in infrastructure, adoption of more nature-based programs, and a stronger appreciation of water-related needs for underserved populations will influence municipalities and regional initiatives.

Texas, with over 20,000 potential industry sector and end-users – from farmers and ranchers to ground-water district and utility operators, creates a plethora of market development opportunities for Dutch water technology companies. Many Dutch technical solutions can be deployed across sectors through dual-use – what works in one sector can be adapted to another. For extensive info see NBSO Texas Report ‘Opportunities for Dutch Water Technology – Texas market Insight.’

Along the Texas Coastline, a US$ 28 Billion coastal infrastructure project called “Coastal Protection Plan” designed over the past decade. In 2021 it was accepted on the federal level and the first tender procedures with USACE have started in 2022. The plan was designed by USACE and TGLO as a result of the catastrophic destruction caused by Hurricane Ike (Coastal flooding) in 2008 and is based on the Dutch principle of ‘shortening the coastline by means of dikes, (artificial) dunes and storm surge barriers’.

As for urban resilience, the wake-up call came in late August 2017, when hurricane Harvey ravaged the Houston area with one trillion gallons of rain, enough to run Niagara Falls for 15 days. But hurricanes, tropical storms and flooding are not the only threats the big Texas cities face. Also, heat is increasing due to climate change and the urban heat island effect. The Resilient Houston plan is a major initiative that gathers actions and innovative solutions, and creates a promising basis for collaboration with the Dutch businesses, knowledge institutes and governments. During the Royal Visit of Queen Máxima in September 2022, a LOI was signed between the Chief Resiliency Officers of Rotterdam and Houston, supporting even more connection between Netherlands and Texas for urban resilience solutions. 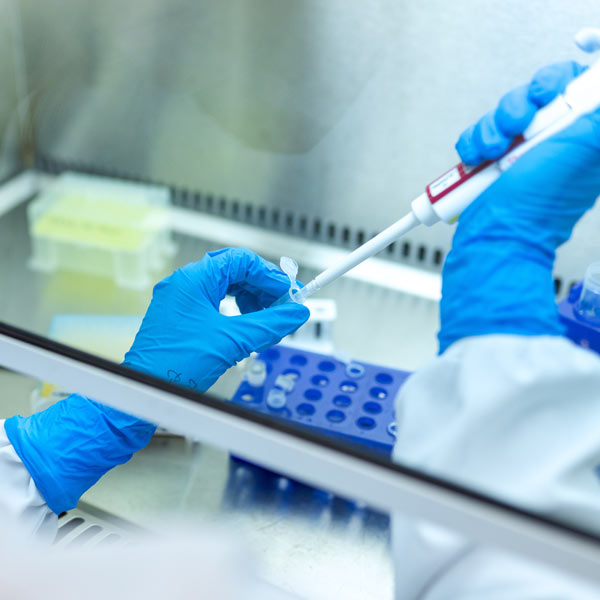 The life science and health sector in Texas represents a major industry across the state. Biotechnology and Life Sciences is one of the six key sectors the State of Texas is focusing on to help spur economic expansion.

Texas is the nation’s leader in biotechnology with 1.200 biotechnology-related manufacturing and R&D firms and 31.000 workers. Texas also has leading roles in animal and agricultural biotech as the # 3 overall producer of agricultural products in the US. But also, many of the biggest players in the medical equipment and supplies industry and global pharmaceutical companies have corporate facilities in Texas.

Texas is also a national leader in cancer research. The Cancer Prevention Research Institute of Texas (CPRIT), based in Austin, is the second-largest taxpayer-funded cancer research organization in the country. Since its inception in 2007, CPRIT has awarded 1,070 grants totaling more than $1.67 billion, with approximately $45 million dedicated to academic research grants.

In addition, with more than 5,000 life science and research firms, and approximately 100,000 workers in related fields, Texas is one of the leading life science states in the country. 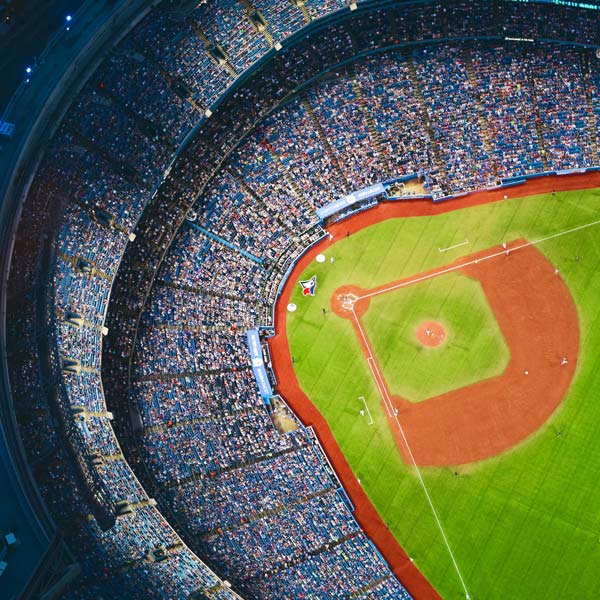 In the coming years, some major sporting events will be organized in the Texas and other southern states, e.g. the FIFA World Cup in 2026 (Houston, Dallas and Miami) and the 2028 Olympic Games in Los Angeles and trade shows like Soccerex Americas in Miami (the largest football related trade show in the world). These kinds of large events offer enormous opportunities for Dutch companies and organizations.

The sports sector has a significant economic impact and is also an important driver of sustainable development. With the ambition to promote tolerance and respect, make sport accessible to everyone and make stadiums and sports locations more sustainable and innovative, sport can be used as a platform for economic development, social inclusion and sustainability.

The economic impact of the sports sector in the US is approximately $550 billion per year. The US is at the forefront of using data innovation in sports and in US schools, colleges and universities. For the Dutch sports industry, the American sports sector is very attractive as a market for innovative products, services and technologies.

The Dutch sports sector is continuously developing and innovating, from greening sports locations to youth and talent development, fan experience, vitality and diversity and inclusion. The US has always been a market where innovation is embraced and the Netherlands is interested in exploring the opportunities this presents. 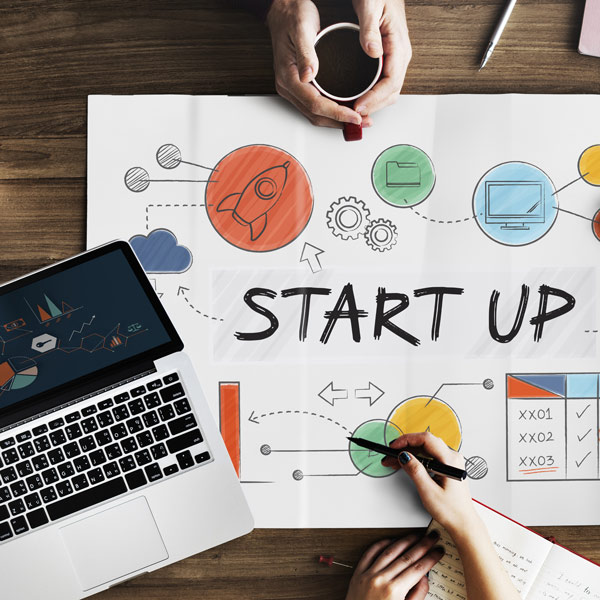 Houston is quickly growing into a hub for start-ups and scaleups in the Tech business: Climate Tech, Energy Transition, Med Tech and Sports Tech are at the forefront. Incubators and accelerators bring together start-ups, scale-ups, corporates, investors, politicians, and many others to shape the best common future, because each solution becomes greater when combined with others in a community of changemakers.

Austin and San Antonio are both well known for their numerous start-ups in the creative industry every year and have a growing start-up culture. In particular Austin has more and more the status as a hub for start- ups (a.k.a. Silicon Valley’s second home) with the most startups per capita in the country. Both cities also have a flourishing ecosystem for startups where incubators, entrepreneurs, technologists, developers, makers, creatives and (angel) investors work together in big entrepreneurial communities to help each other build businesses and mentor each other.

Examples of these co-working spaces are Geekdom in San Antonio and Capital Factory in Austin. At Capital Factory, every night a couple of hundred engineers and programmers are present for meet-ups, events and hack-a-tons. 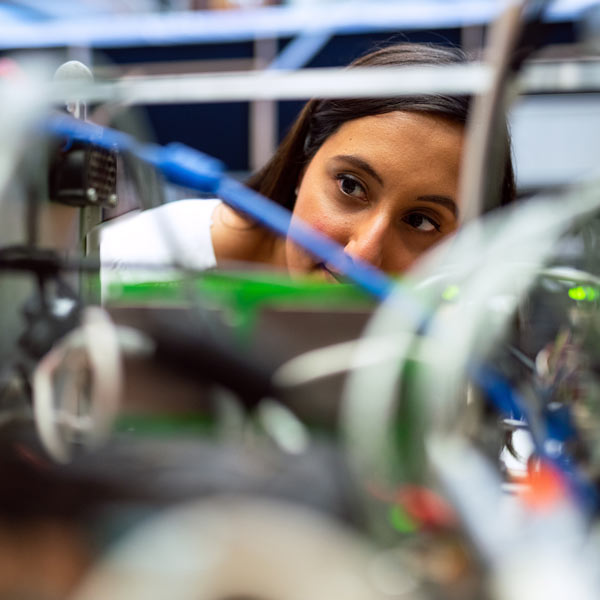 The Lone Star State is a leader in the advanced technology and manufacturing sectors of the economy.

This industry is made up of three sub-clusters: nanotechnology, semi-conductors and automotive manufacturing. The manufacturing industry employs over more than 899.500 Texans, with Toyota and GM as the two biggest manufacturing employers in the state. 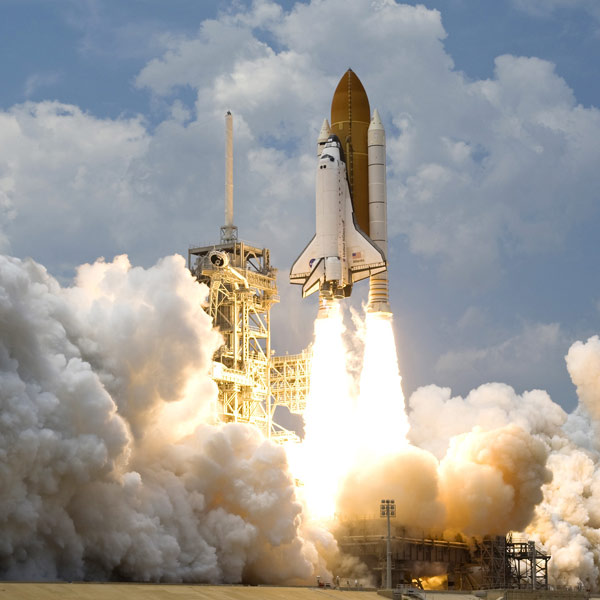 Texas is one of the most important locations for the global aerospace and aviation industry and with 130.000 workers over 1.300 establishments, the nation’s is #1 employer for workers in this field. Among them are Boeing, Lockheed Martin, L-3 and Bell Helicopter operate aerospace product manufacturing facilities in Texas. 14 aerospace companies perform defense contracts in Texas.

As home to the headquarters of two international airlines, Southwest and American airlines, and two of the world’s busiest airports, as well as NASA’s world-famous Johnson Space Center, the state is key for many of the largest global aerospace and aviation companies. 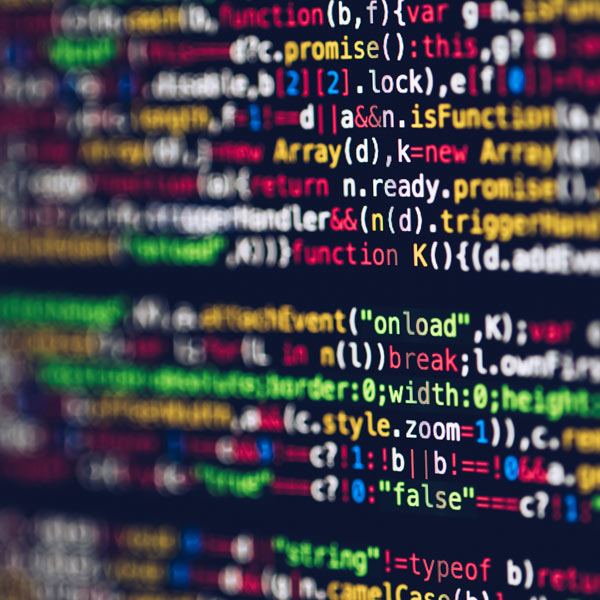 Texas is the #2 employer in the USA in computer and video games, with more than 13.600 employees working in this field. Texas is also the birthplace of the Texas Instruments handheld calculator in 1967. Texas is home to over 17.600 technology firms, including Dell, Microsoft, Texas Instruments, HP and Cisco, employing more than 203.700 workers, which places Texas on the second place, right behind California. With more than 30 of Silicon Valley’s largest companies operating major corporate headquarters located in Texas, Silicon Valley has found his second home in Texas. Because of the excellent research & development programs, attractive tax legislation for data centers, qualified employees and central location, Texas is an ideal location to set up a data center.

According to the Austin Technology Council, 1/3rd of the jobs in Austin are technology-related, with big name companies like Apple, Google and Facebook opening offices in Austin in recent years. Entrepreneurs from both coasts are equally armored with Texas’ capital. This is partly caused by the rich talent base present in Austin with engineers, programmers, designers and marketers who want to work on a small team and make a big impact. 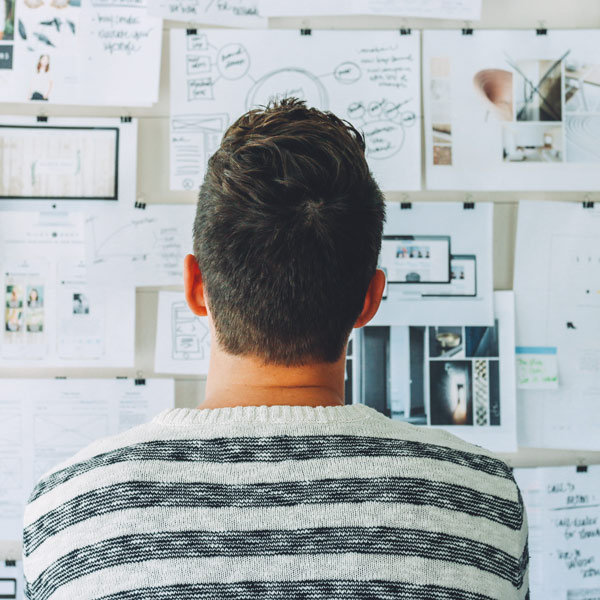 Art generates $5.1 billion for the state’s economy and contributes nearly $320 million in sales tax revenues annually. According to research commissioned by the Office of the Governor, Economic Development and Tourism, one of the major reasons visitors come to Texas is the arts and culture. 3 of the top 12 activities for non-resident visitors are arts (museums, exhibits), culture (concert/theatre/dance) and festival-related activities. Awareness of arts & culture is strongly supported amongst the Texans, resulting in good arts education in school and state agencies like Texas cultural trust and Texas Commission on the arts. What part of the creative industry is highlighted in the different areas of Texas can differ from one area to another.

Austin for example is well known for its music industry, accommodating a lot of live bands on the streets and the yearly SXSW- festival, while the Houston ballet academy is well known around the world. A big art of the creative industry exists thanks too private funding.